Alejandra and her “guardian angel” 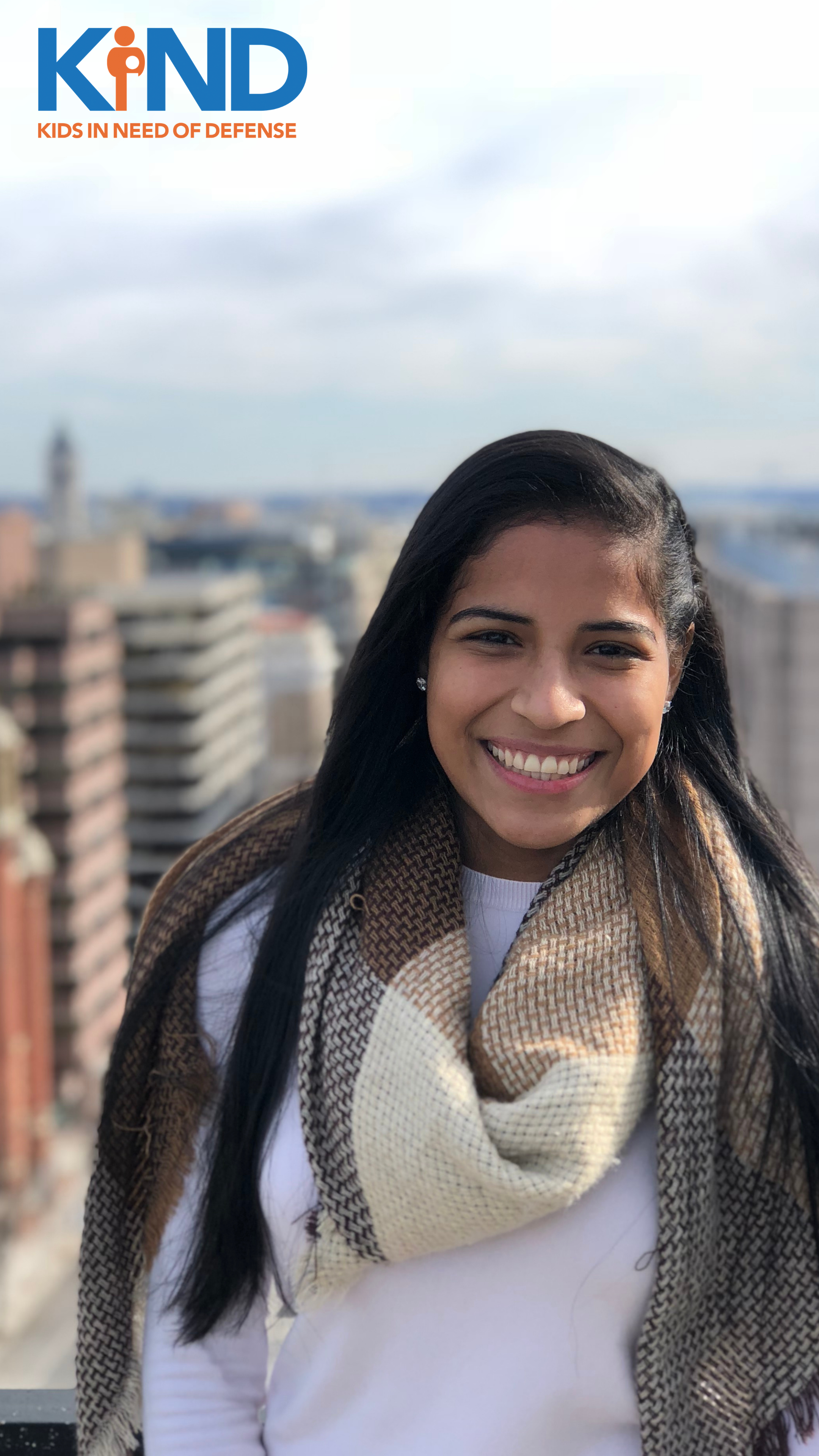 Kids in Need of Defense (KIND) envisions a world in which children’s rights and well-being are protected as they migrate alone in search of safety. KIND ensures that children who come to the United States alone fleeing danger have a fair chance to make their case for U.S. protection. KIND provides these children with pro bono representation through our more than 670 law firm, corporate, bar association, and law school partners. Since 2009, KIND has been referred more than 20,000 children from 74 countries. Many are fleeing gang and narco-trafficker violence in Central America, where their governments cannot or will not protect them.
One of these children was Alejandra.
Six years ago, KIND client Alejandra, 14 years old, fled gang violence in El Salvador with her 10-year-old brother to seek safety in the United States. They traveled with just the clothes on their backs, an extra pair of shoes, and their passports.

Today, Alejandra is starting her second year at George Washington University on a full scholarship with a double major in political science and Spanish literature. She dreams of going to law school to help other immigrant children who desperately need help, as she did not long ago.

Alejandra’s life could have turned out very differently. Soon after she arrived in the United States, her mother – who had come to the United States 10 years previously to help the family survive in El Salvador – tried to find a lawyer to help her children in their deportation proceedings. She knew the life-threatening danger her children faced if they were forced to return to El Salvador. But she could not afford any of the attorneys she found.

She was then told about KIND. KIND found Alejandra a pro bono attorney so she would have a fair chance to make her case for U.S. protection. Alejandra calls her attorney Lucero her “guardian angel.”

“Thanks to God, KIND, and Lucero, I am now a legal resident,” Alejandra says, and can stay safely in the United States.

Alejandra graduated from high school in 2018 as the salutatorian of her class, having only learned English a few years before. She created her school’s first anti-bullying day in response to the struggles she faced not knowing English when she started high school to help others stand up for themselves and foster community.

Alejandra is grateful for the chance to “become someone important here, in the land of liberty and justice for all,” she says. She hopes she can become the guardian angel to children seeking safety in the United States in the future and change the trajectory of their lives from fear and despair to hope and opportunity.