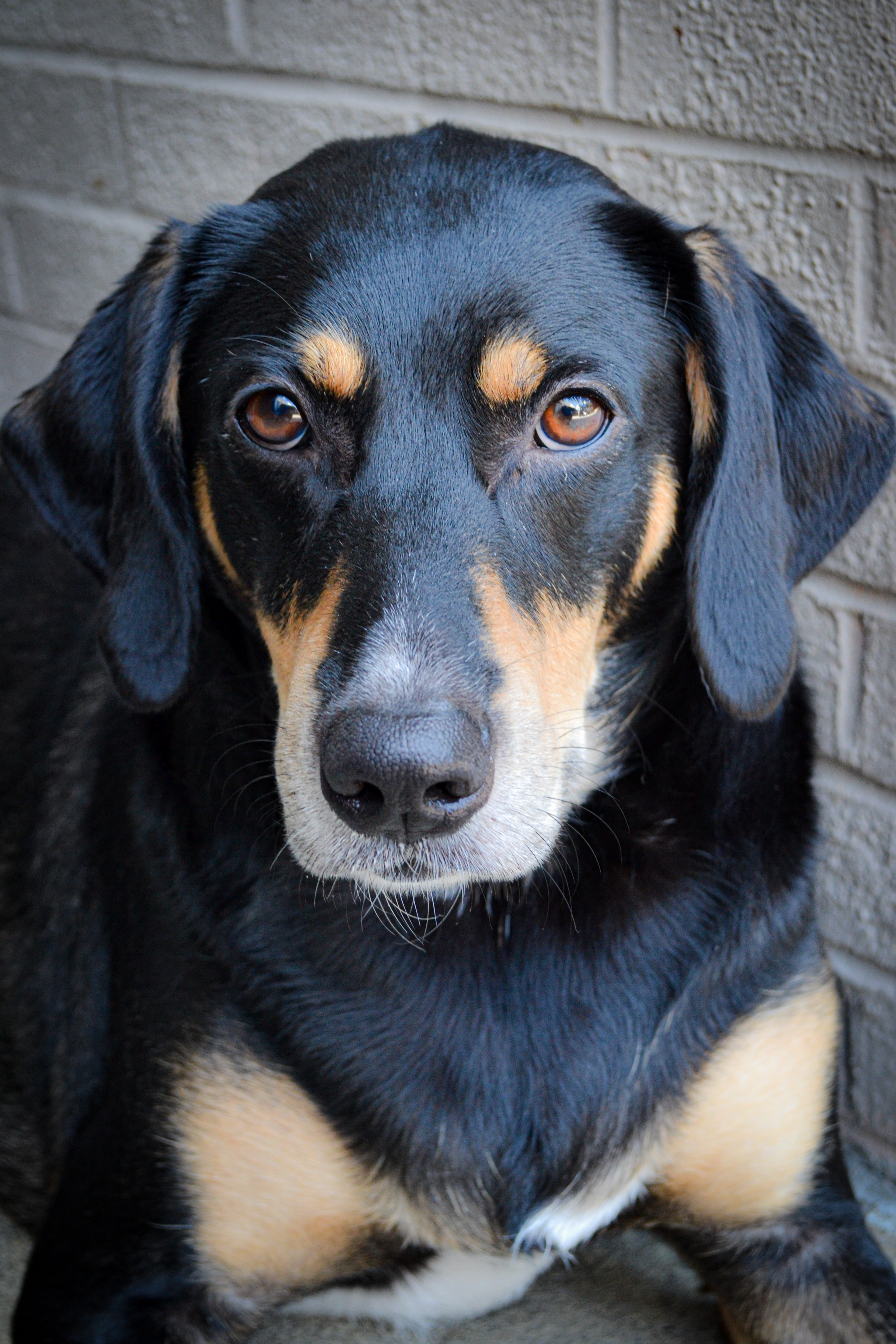 Imagine this: You’re a 6-month-old hound mix living in an overcrowded public shelter. You’re scared and alone. The people who run the shelter do the best they can, but the animals keep pouring in, and they’re overwhelmed. You don’t know what’s going to happen to you.
Some nice people from the Montgomery County Humane Society show up at your shelter. They test you for heartworm and other common diseases, and tell you that they’ll find you a home. They bring you back to their headquarters in Rockville, Maryland, get you spayed, and, as promised, they find you a new home where you spend the next two years. Then one day, your family says something about a “lifestyle change,” packs you into the car, drops you off at MCHS, and says goodbye forever.
Now you’re really scared…

Cora didn’t need to be afraid. When you give to the Montgomery County Humane Society, you ensure a lifetime commitment to every animal we rescue.
When Cora came back to MCHS in the spring of 2019, she needed a lot of help.
“Cora was terribly fearful when she returned, especially when meeting someone for the first time. But even though she was acting this way, she hadn’t hurt anyone, and I sensed that there was something special about her that needed to be uncovered,” said Brian Glover, MCHS Director of Outreach and Operations.

Many animal welfare organizations – public shelters and private rescues alike – wouldn’t have been able to give Cora a second chance. But thanks to the financial generosity of MCHS supporters, and the skill and caring of the MCHS team, we were able to give Cora plenty of time and lots of love and encouragement to help her rediscover her true self. Brian and his team spent months calming Cora’s anxiety and gaining her trust. While the bond began with one person, it eventually extended to the rest of the adoption team, and then, gradually, to other MCHS staffers. Cora slowly learned that she was loved and was safe, and her trust in humans grew.

Then, something special happened. During MCHS’s closure to the public due to Covid-19, Cora only saw her caretakers, since the public was not entering our building. This gave her even more confidence, and by the time MCHS re-opened in June, Cora was a different dog. Her bark was playful, her tail-wag was infectious, and we knew she was ready for her new home.

Cora met her family gradually, through several separate visits, during which Cora learned to trust them, they fell in love with Cora, and a new family was formed. Cora is at home at last, with a family who absolutely adores her. Her new owners tell us that she loves sitting in their laps, playing fetch with her squeak toys, and running around in her big back yard. “She’s really settled into our hearts,” new owner Russell W. tells us “and you can’t have her back!”