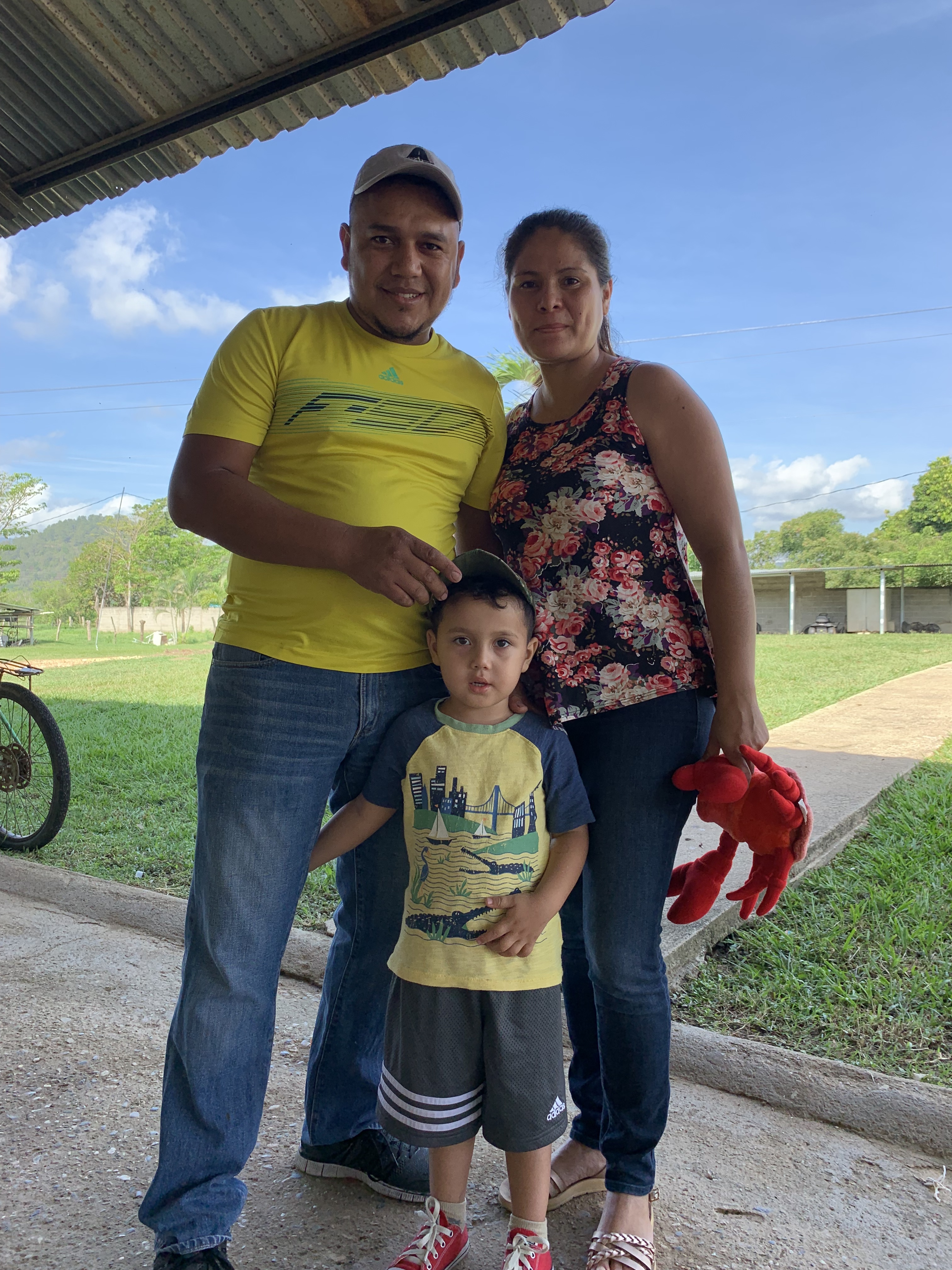 Derek Cerrato Lemus has been sick since the day he was born.

He is three years old and has suffered every day of his short life with an undiagnosed illness. His parents, Oracio and Rosalina, tried desperately to find a solution for him but were limited by their circumstances. Therefore, their little boy continued to suffer from frequent respiratory infections and fevers.

You see, the Cerrato Lemus family lives in Choloman, a rural town in Honduras, a country plagued by poverty and violence. Oracio grew up in extreme poverty and now supports his family of three working six days a week in a car paint shop. He makes just $429 a month.

Oracio’s limited income does not afford the family access to any form of quality healthcare. When Derek fell ill, he was taken to a local clinic and given a nasal spray – which helped very little.

As Derek’s condition slowly worsened, his parents became more desperate to help him. A local doctor put Derek on continuous antibiotics, which he took until another doctor told him to stop. Recently, during a desperate moment, Oracio and Rosalina took Derek to the hospital in San Pedro Sula because he was having trouble breathing, his lips were turning purple, and they feared his life was at risk.

The hospital staff said Derek needed to have his adenoids removed. Considered a simple and common surgery in the USA, adenoidectomies and other such surgeries are not readily available in Honduras due to the small number of surgical specialists in the country.

Oracio learned the public hospital had a year-long waiting list for the surgery. In addition, he would have to purchase all the surgical supplies and medications needed, at a cost of $2,058 and bring them with him on the day of the surgery. Not wanting his son to have to wait in pain for another year, he consulted with a private specialist. The specialist quoted him a cost of $3,500 for the surgery – an impossible price for this family.

Oracio and Rosalina were out of options to help their son.

Oracio borrowed a car from his neighbor and drove Derek and his wife 3 ½ hours to Sula. They arrived at the hospital at 1 AM, determined that Derek would be the first patient to be examined the next day. They slept in the hospital waiting room.

When the hospital opened in the morning, they saw Dr. Glen Yoshida, IRT’s seasoned volunteer ENT-otolaryngologist. He scheduled Derek for surgery the next day.

After waiting for three years for this surgery, Oracio was overcome with nervousness as he watched his little boy go into the operating room. On the one hand, he was elated his precious child was getting the care he needed, but on the other hand he feared the unknowns of surgery.

Two hours later, Oracio was relieved to see his son in the recovery room safe and sound.

“Through this whole process, the American team and the local hospital staff were so kind to me and my son. They treated us like family,” said Oracio sitting next to his son’s bedside.

Oracio says now that Derek will begin to recover, they can finally get back to a normal life. He dreams of a hopeful future for his son.

“Thank you for bringing my son back to health,” Oracio said with tears in his eyes. “I know life will be better now for all of us.”