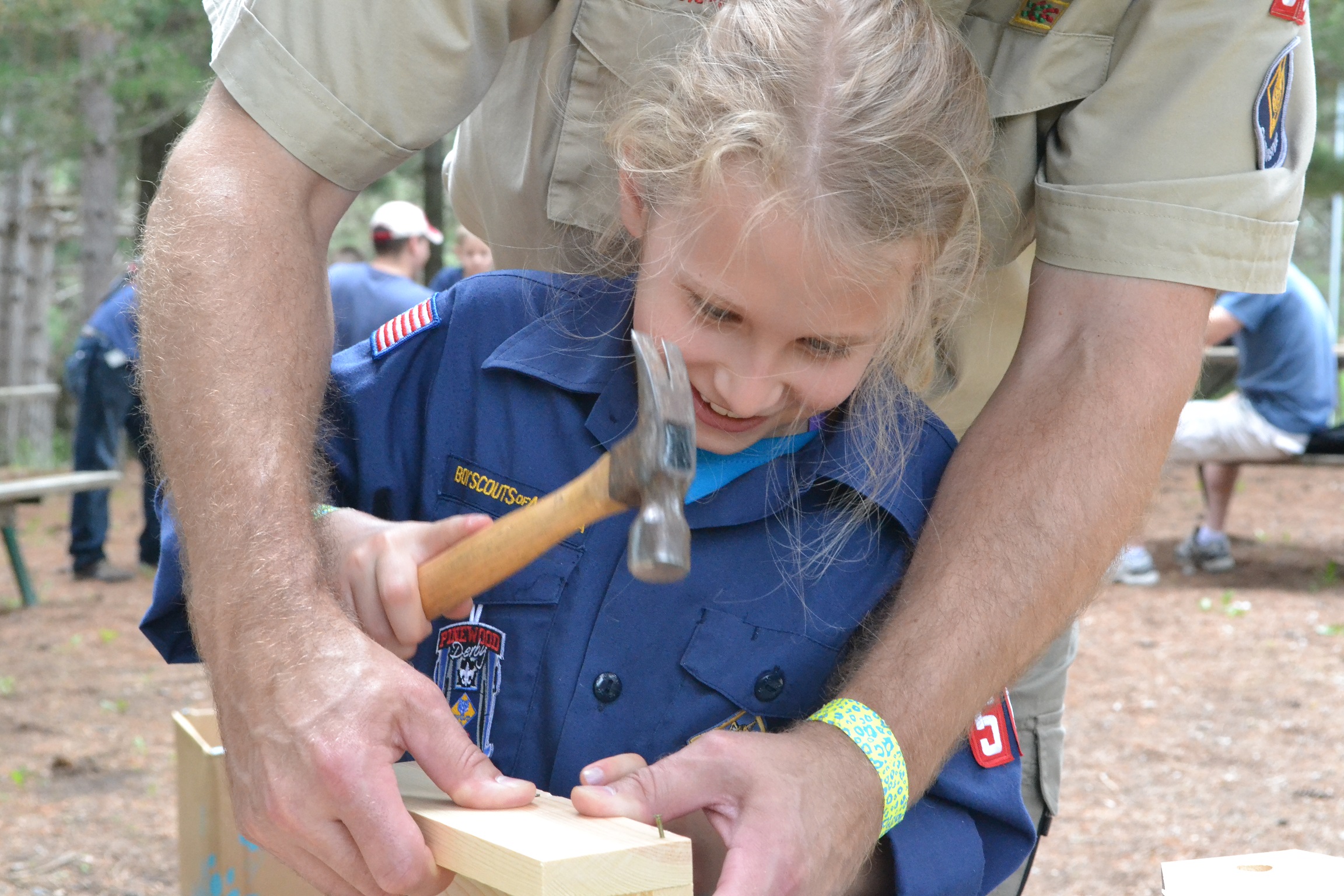 Developing youth leadership takes many shapes and forms, Troop 144 in Somerset engages its youth by asking them to plan, organize and lead a trip. The youth are led by Eagle Scouts and older boys. They are asked to help plan the trip, raise money to help plan the trip and engage the younger Scouts in preparing for the exciting and challenging opportunities that will present themselves.

Troop 9144 from Somerset, Wisconsin, went to Philmont Scout Ranch near Cimarron, New Mexico. A highlight of their trip, one of their greatest challenges, was to climb a 13,000-foot peak. As the group was climbing the final peak to Mount Baldy, they were 150 yards from the peak when Jason, an Eagle Scout, froze from fear of heights. While other Scouts began to pass Jason on the trail, he lost his confidence and couldn't move up or down. Jason began to panic.

One of the Scouts noticed and signaled for the Scoutmaster. Fearing they may not reach the top, the Scoutmaster and two other Scouts surrounded Jason and directed him in clear but comforting tones to stand up, put his arm out to their shoulders and ONLY LOOK at their feet - don’t look anywhere else, only stare at their feet. One Scout followed directly behind him to assure he would not slip or fall, and the other Scout went beside him, gave him a second arm to steady himself.

It took 45 minutes to climb the final 150 yards one tiny step at a time, but they made the final approach. As they approached the climb’s final moments, they agreed to stand side by side and climb the last ridge to the top. Jason who earlier had frozen from fear of heights stood tall and took the final steps on his own, over the final rocks to the flat ground at the top of the peak. As he approached with his friends, Jason was surrounded by all the Scouts who were anxiously waiting for him at the top. The cheering was heard for what seemed like miles.

Jason looked around at his friends, and with tears in his eyes said, “I couldn’t do this without you.” The Scoutmaster, Peter, said, “This moment in all my years of Scouting most aptly demonstrates the strength of this youth program. Together we can overcome fear, and great obstacles to become strong and committed citizens ready to change the world together. On top of that mountain we all felt 13,010 feet tall.”