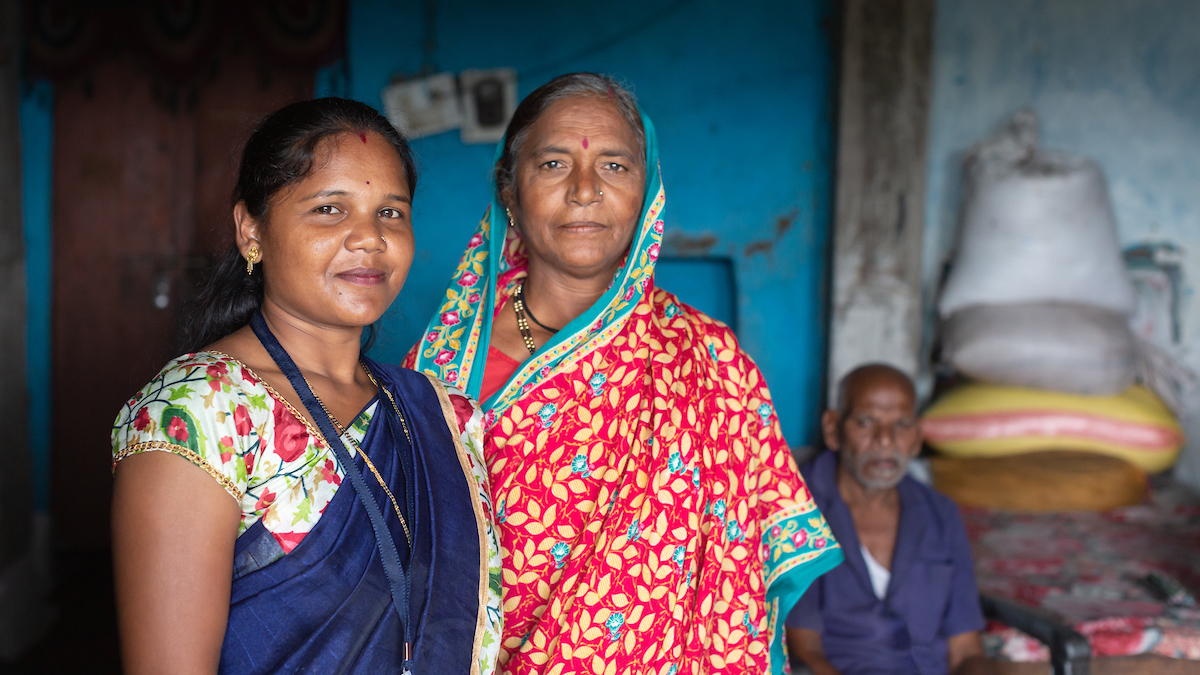 In India, Grameen Community Agents go by the name of Mittra, which means “friend of the village. Harsha Tai loves being a Mittra because it feels good to help so many. Lihaba and her husband Shipmau are one example.

Shipmau suffers from dementia that renders him unable to speak, as well as paralysis in his legs that has robbed him of his ability to walk. But the couple’s livelihood depends on his pension, a 12-kilometer test of determination and strength.

Before Harsha Tai (Tai-means Elder Sister) came into their lives, every single week, to get to the bank, Lihaba would lift her husband off the ground and use a motion—lift, pull, drag, lift, pull, drag—for two kilometers, to get her husband to the bus stop. Then they would ride the bus another ten kilometers, where she again would lift, pull, and drag him to the bank. In the bank, there is always a long queue and it is a tiring and lengthy process. After receiving their government check, Lihaba would do it all over again in reverse to get home.

It is difficult to imagine trying to singlehandedly move a grown man for even 100 yards, but Lihaba pushed through the pain in her arms and shoulders to make this journey every single week. It is a testament to her strength and the strength of her love.

This incredible hardship is behind Lihaba now that she can count on her Mittra, Harsha. Harsha simply walks across the street from her nearby home and brings the bank to Lihaba and Shipmau. Transactions that once were exhausting day-long ordeals are now as simple as a friendly visit from a village friend who arrives with a smile, a biometric fingerprint device, and a mobile phone.

Harsha Tai brings the same helpful smile and services to many others in Chargew. In small villages across India, Grameen Community Agents are more than a human link to financial services, they are a link to human kindness and support. Agents like Harsha bring together and lift the people in the community. The lives of Harsha, her husband Deepuk and their two children have also been lifted, not just because they have a little extra income, but because in the eyes and hearts of their neighbors they have deep respect and affirmation.