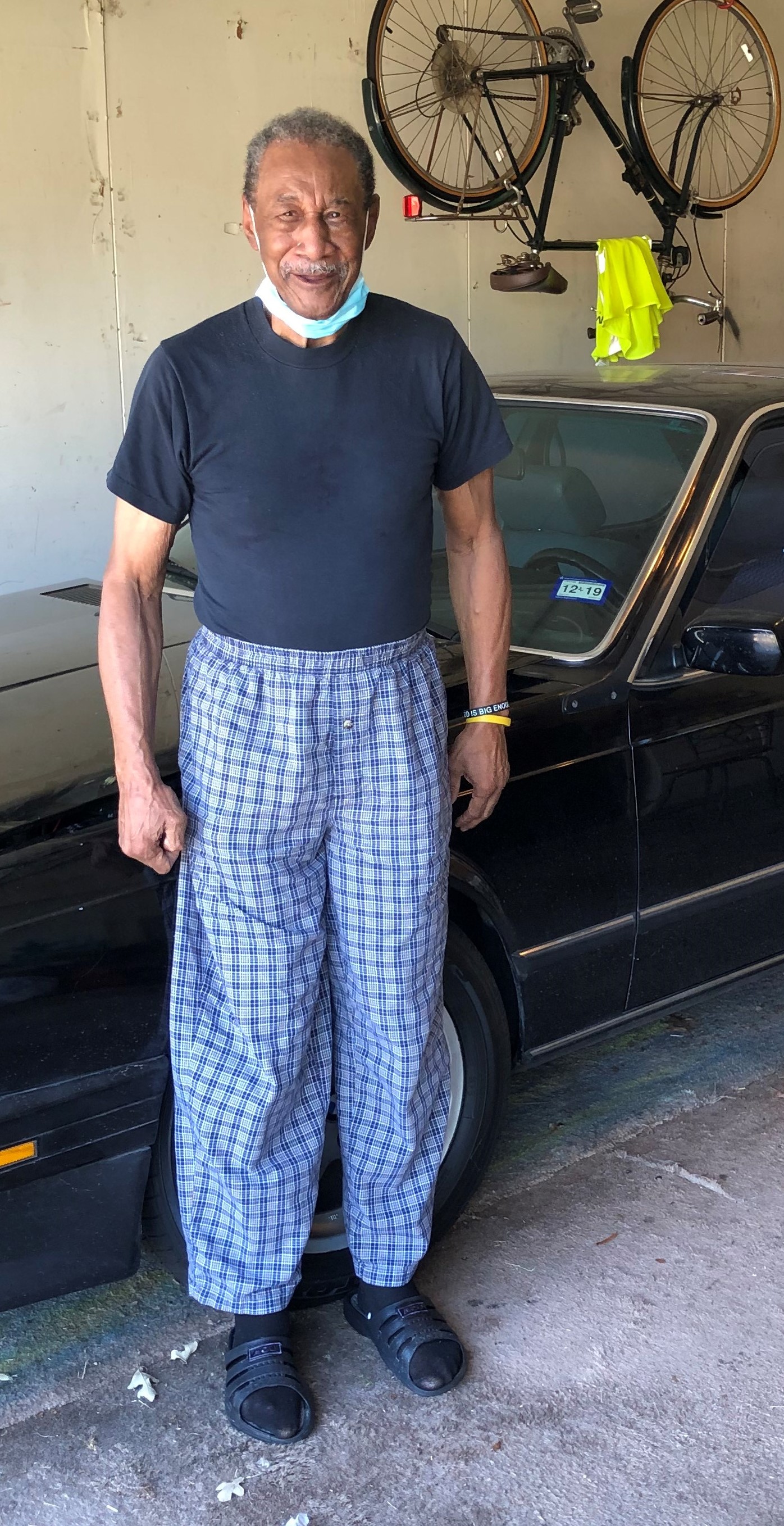 A lover of two-seater convertibles and teller of many jokes, VNA Meals on Wheels client, Robert, enjoys talking with the volunteers who deliver his meals. He talks about his love of cars and his home that he’s lived in for 21 years. “I’ve had a two-seater convertible since the 1960s!” He proudly stands in front of one of his favorite cars, a classic that he no longer drives and is preparing to sell.

Robert became a VNA Meals on Wheels client after VNA received additional funding to remove clients from the waiting list. Receiving meals for several months, he came to rely on the friendship of the volunteers who delivered as well as the nutritious meals. Having moved from New York more than 20 years ago, his family is spread out. His daughter and son both live out of town—one in Houston and the other in Puerto Rico. His niece lives closer in Cedar Hill and helps Robert when she can by checking on him some weekends and cooking him soup when he doesn’t feel well.

Sadly, in August, Robert’s house caught fire and was destroyed. Along with his home and all of his possessions, his two cars were also destroyed. The fire happened on a Wednesday, and Robert called one of his regular volunteers Thursday morning so he could still get his meals delivered while he stayed at a hotel. VNA Meals on Wheels was swift to adjust to make sure Robert received his meals despite his loss.

While he remains in an extended-stay hotel until his home will be rebuilt, Robert hasn’t lost his sense of humor and continues to receive his meals. When asked what VNA Meals on Wheels has meant to him, he responded, “Without Meals on Wheels, I don’t know what I would do. I am very grateful for what they do. It helps tremendously.”