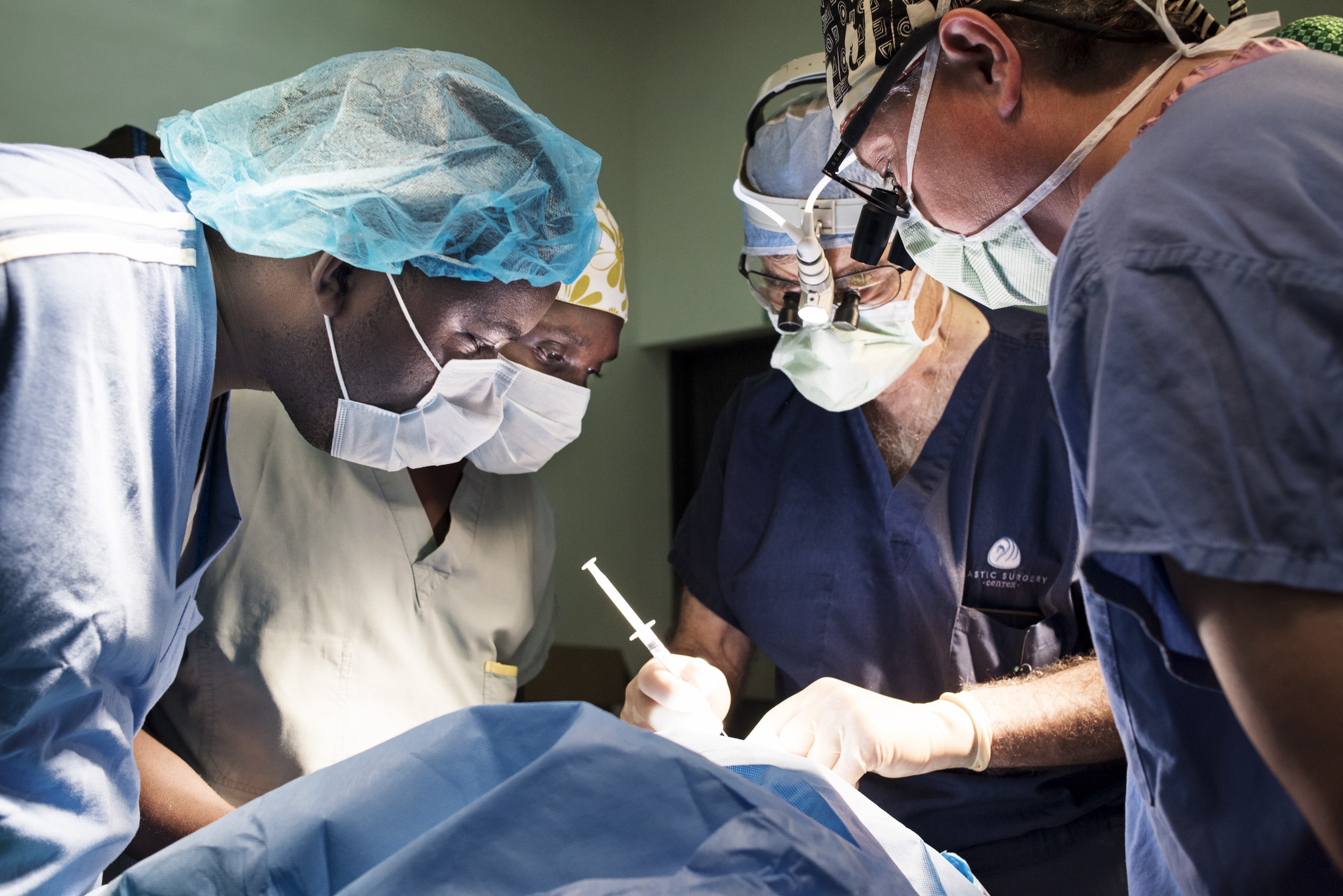 Rwanda faces dire challenges when it comes to the number and skill of its health care professionals: Only two reconstructive plastic surgeons and 18 anesthesiologists serve the country of nearly 12 million people. And the need extends far beyond cleft conditions. In Rwanda, much of the surgical demand results from trauma and burn wounds. The lack of adequately trained surgeons forces some patients to wait for years before they’re able to receive treatment, which worsens their conditions and further burdens the health system.

However, Operation Smile is helping to alleviate this needless suffering by empowering local health care workers with training and education.

Starting in 2015, Operation Smile has partnered with the University of Rwanda, Partners In Health and the Rwandan Ministry of Health to host twice-annual surgical training rotations. Now the organization’s primary focus in the country, the rotations became formalized after a series of international medical missions conducted from 2010 through 2015.

Since then, more than 25 Rwandan general surgery residents have received hands-on training and education through the rotations.

Dr. Faustin Ntirenganya, head of the surgery department at the University of Rwanda and one of the country’s two plastic surgeons, said: “Don’t fish for us, teach us how to fish — I like that approach. I used to be involved in cleft surgeries and missions with people coming from abroad. The old way of doing business was to come, operate and go. Then I heard Operation Smile was looking at something more sustainable, which meant coming to train residents.”

Dr. Steve Naum, an Operation Smile volunteer surgeon who’s helped spearhead the development of the rotations, said: “We have witnessed some of the graduated residents going out into the district hospitals and continuing to do reconstructive procedures for wounds and burn patients. This is evidence that their experience with Dr. Faustin and with us has given them the training, confidence and interest to continue practicing reconstructive procedures as general surgeons in the community.”
The rotations have also strengthened the skills of residents in anesthesiology, another area of massive need in Rwanda, with five graduates completing the program since its inception.

According to Dr. Paulin Banguti, director of the postgraduate anesthesia program at the University of Rwanda, that number represents the initial surge of a new wave of future Rwandan anesthesiologists. He hopes to have 60 active anesthesiologists practicing in the country by 2024.

“We have 30 residents in the (University of Rwanda) program now with a commitment to recruit between 10 to 15 new residents per year,” Banguti said. “Starting in August 2019, we will be producing an average of eight to 10 anesthesiologists per year. This brings us very close to our goal.”

The future of reconstructive plastic surgery in Rwanda is looking brighter than ever. Through a grant secured by Operation Smile Sweden through the Swedish Postcode Lottery, Operation Smile will help establish the country’s first-ever postgraduate reconstructive plastic surgery certification program in partnership with the University of Rwanda and Rwanda’s ministries of education and health.

The program began in September 2019 with its first graduates receiving certifications in 2022.