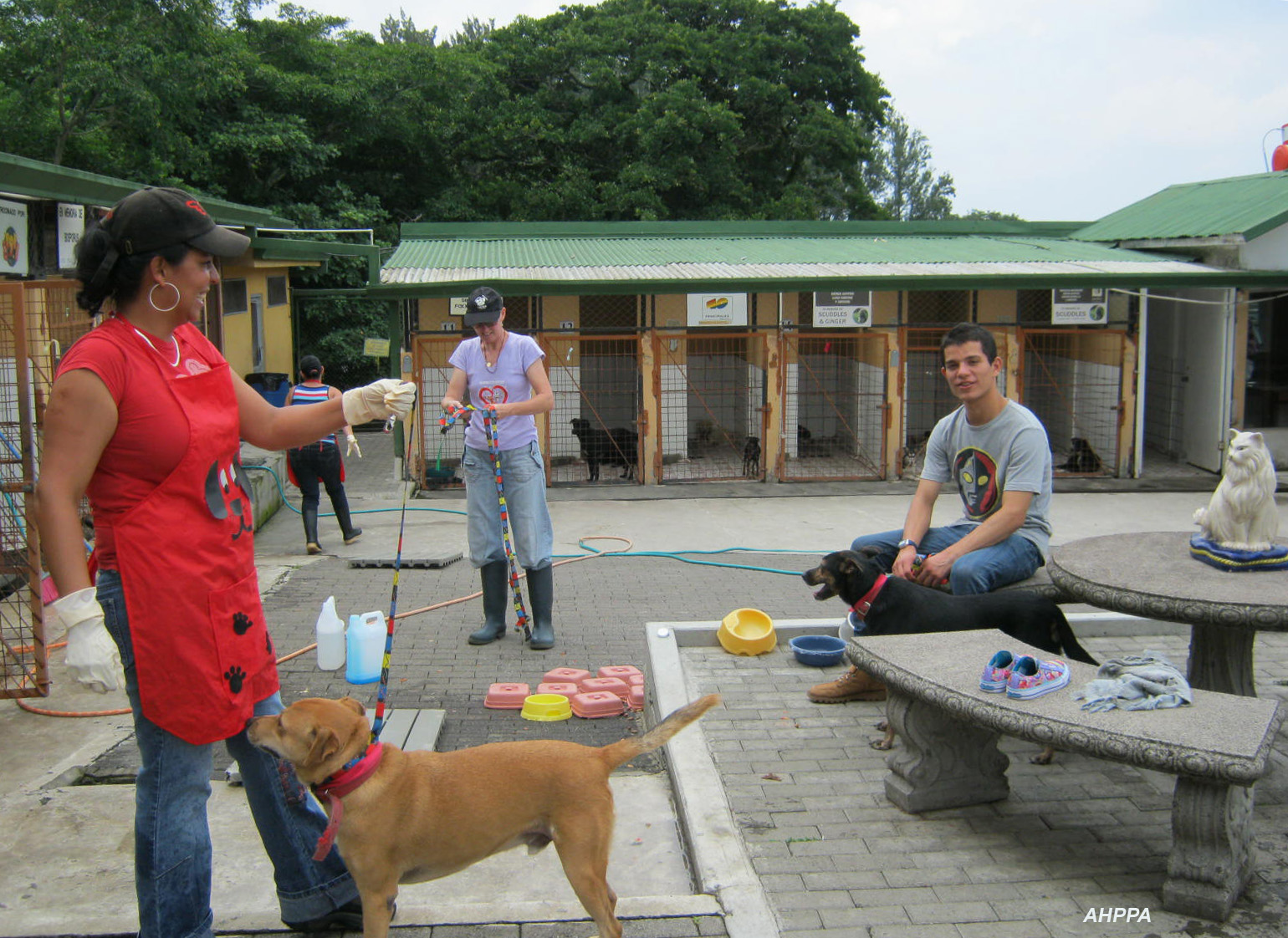 An estimated one billion dogs share our world, about half of whom live on the streets. A growing number of local animal organizations around the world are presently providing direct care for both street and owned dogs, including sterilization and vaccination, and yet millions of dogs still receive no care or support. We can do better.

Well-Being International (WBI) recently launched the Global Dog Campaign to end street dog hardship and homelessness across the world in the next 25 years. WBI is working with a select number of organizations at the outset of the campaign to provide them with access to important expertise (e.g. population survey techniques), and sophisticated software tools (e.g. online survey tools, sophisticated mapping software and standardized NGO reporting tools) so that the impact of their work can be reported, assessed and modified to increase overall effectiveness.

Costa Rica-based AHPPA is one such partner organization. Since 1991, AHPPA has provided veterinary and rescue care for animals, including sterilization, and in 2010, it began a significant outreach program and is now sterilizing over 20,000 dogs and cats annually. As part of WBI’s Global Dog Campaign, AHPPA used WBI-provided tools to conduct a street dog count in August 2020 and the impact of AHPPA’s past outreach efforts was readily apparent. The street dog population in the communities surrounding participating shelters has virtually disappeared. In Heredia, Costa Rica, for example, counters observed only four street dogs during a 20-kilometer early-morning drive through the community, as compared with 50 or more street dogs in 1999.

A second Global Dog Campaign survey was conducted to determine how dog-keeping practices have changed in Costa Rica in the last two decades. A 2003 survey found that only a quarter of owned dogs slept inside homes at night. In this most recent survey, completed in August 2020, respondents reported that now two-thirds of dogs slept indoors at night and only 1% of dogs were allowed to roam at night. These results indicate a vast improvement in how dogs are cared for in Costa Rica over the last 20 years.

As further proof, the AHPPA shelter intake and outcome records also indicate significant changes in how local Ticos, as the people of Costa Rica refer to themselves, view dogs and cats. Since 2013, the shelter has achieved a 90% Live Release rate for animals relinquished to them. In the United States, a 90% Live Release rate is considered to be a mark of a “No Kill” shelter.

The AHPPA success story is just one example of how WBI’s Global Dog Campaign plans to scale dog welfare projects across the globe. Working with similar organizations, WBI aims to demonstrate what works for dogs and people and why effective programs deliver positive impact around the globe. Eventually, WBI will build a community of thousands of organizations to implement what works and deliver programs that will end dog homelessness once and for all.

While this is an ambitious campaign, it is not pie-in-the-sky; our partner AHPPA is actively demonstrating what works and why every day. All we need now are the resources to implement “lessons learned” globally.